The Bible and Donald Trump 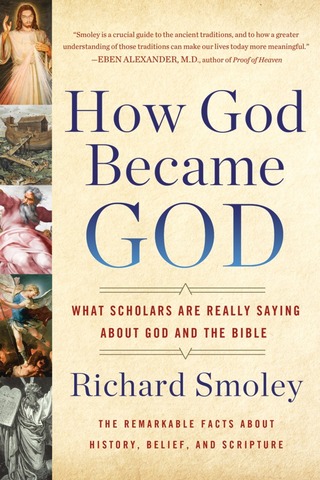 Click on this image to go to the article.
My article on Donald Trump and the Bible has just gone up on Signature, the website for Penguin Random House. Click on the image at left to link to it.

I hope you don't mind a response not entirely related to this post. Apologies, if so.

I wanted to say that I picked up How God Became God a week or so ago at the local B&N and have been enjoying it. I have a quick question for you which was triggered by stumbling onto an article today about the work of Jim Tucker on reincarnation at the University of Virginia. In your new book, as I recall it, you note that there is little evidence to back up claims that early Christians believed in reincarnation. What scholarly sources can one turn to in order to get the final word on this matter? It has been a decade since I've read Tucker's first book on his research into reincarnation memories by children, but I vaguely recall a short section near the end of his book in which he speculates that Christianity may have originally taught reincarnation. Also, somewhere over the past five years, I read a book that Eben Alexander had recommended on his website which also made the claim that reincarnation was believed by early Christians. As you likely know, such claims are frequently based on passages in the NT with less than clear meanings and references to Christian Platonists in Christianity's first century or two. I often see the born again passages used to support reincarnation, some passages in Revelation and, most frequently, the statement by Jesus that Elijah had already come (Mt 17:12).

Perhaps you cover this in more detail later on in your book and I haven't gotten there, yet. If not, who is the most authoritative source for information on this issue?

Kevin, there is little evidence that the early Christians believed in reincarnation, or, as it was called back then, metempsychosis or transmigration. Books on the subject include Geddes MacGregor's Reincarnation and Christianity, and Terryl Givens's When Souls Had Wings. The latter is a study of the doctrine of the preexistence of souls. This belief did occur among certain early Christians, notably Origen. But they did not believe that these souls had previously incarnated on earth, and argued against that view.

Of course, I am not making any claims for or against reincarnation by saying all this. I'm simply stating what, by all evidence, the early Christians believed.